I sat and typed a long post on 2013 but I’m going to scratch that and condense it because even though I thought it was exciting, I don’t want you to get bored and start skimming. So here’s my 2013 recap in pictures and bullet points 🙂 basically TLDR format with pics.

♣ Had a few new experiences: first awful hangover 😦 (like pass out before the night’s end), took public transport alone in a different country, had traditional high tea in England

♣ Got delayed on almost every flight I took using American Airlines. I’ve already sent a letter to them.

♣ I baked two firsts: coconut bread/sweet bread as we call it back home, and my first cake. Got an A for effort and flavor on the cake but need to tweak the recipe so it’s not so dry. The coconut bread was a hit apparently :).

WordPress sent me my annual blog report that you can view here. I want to thank you very much for visiting and I hope to do a better job on blogging this year as I spent so much time focusing on my other blog last year. I had tons of drafts that I never got around to publishing, but as I said I’ll try to get better at working on both.

♦ Now that my parents have Fitbits and passed me in the first week due to salsa and walking in the morning, I’m more inspired to workout, they’re over 50!!!

♦ I’m looking forward to visiting a new country, no plans yet but spontaneous trips are the best

Have a wonderful new year. I’ll leave you with a few quotes to help you get through with your direction for this new year in case you were a little lost or need a push.

Last weekend we played tourists with some friends. It was one of the couples whose wedding we went to over Spring. He works for Microsoft as well and was here for the week for a conference and she came up for the weekend because she’d never been to Seattle before. We had lunch at Din Tai Fung in Bellevue and then went over to the mall to explore the Tesla, who’s dealership is actually in the mall. After, we all went to Starbucks and headed over to Kirkland to see what Kirkland Uncorked had to offer as well as show them a bit of the area. After that, we hung out at my place for a bit then headed to Seattle for dinner and then called it a night. On Sunday, we met at restaurant called Alibi Room by the Gum Wall near Pike Place then went on the Ride the Ducks tour, which is where most of my pics are from. Our friend’s wife was leaving that night so right after the tour we took her to the airport and that’s where I got the amazing shots of Mt. Rainier from. Enjoy 🙂

There’s nothing worse than settling back into your daily routine after being gone for almost a month. Actually there is – dealing with unpacking and extra laundry on top of it. I am drained. I don’t feel like doing anything. I did a lot but it seems like nothing is being done. I think I did about 6 loads of laundry, and I had laundry there from before we left that had to be put away, so it seems like 10 loads have been done.

I had to do the supermarket run twice because restocking the fridge requires you to go through the week and remember you missed the first time, even if you made a list. Sort mail, shred mail, make sure all bills are paid. I want a vacation now where I just lay on the bed/beach and have everything brought to me. I cooked on Monday and it was a battle to clean the kitchen. I just need a few more days. I should be good next week. I missed the gym though. Let me rephrase that – I missed working out with my trainer, because I don’t get in the gym on my own as often as I should. I’ll do everything next week. I think it was good that we came back on a Sunday that I have this whole week to get myself together and then start fresh next week and be fully into it. We have lots of people popping in and out over July/August and I know my husband wants to squeeze Vegas in before the end of the year and I won’t even discuss Christmas. Lawd help meh! 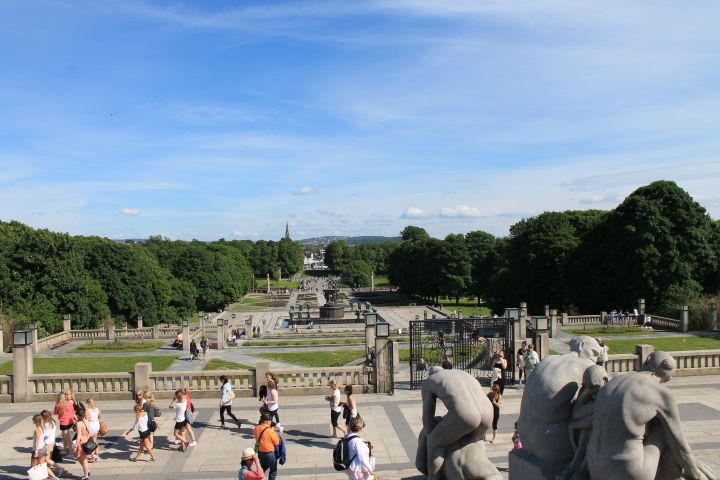