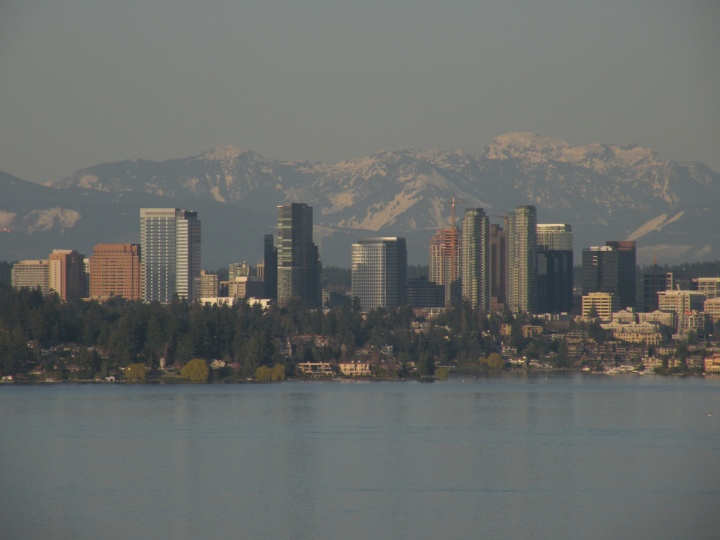 Technically I live in Bellevue but it’s still “part” of Seattle. Anyway, as I was driving on the road recently I was observing the weather which led to me consider writing the post. So here are a few things I’ve learned while living in Seattle since 2009.

Compared to what I grew up knowing as rain, Seattle has more of a mist than actual rain. And it’s annoying. You keep getting this feeling like will it just rain and stop? It’s sooo annoying to have this “heavy mist” building up on your face. To light for an umbrella but heavy enough to need a hood. Sometimes, you can still wear sandals in it. Yes it’s weird like that. However, despite the more gloomy than sunny days, I have grown extremely appreciative of the sun as well as sensitive. I grew up in the sun and now if I stay out in it too long (even if it isn’t hot) my skin gets really sensitive to the touch. I’m trying to be consistent with taking my Vitamin D, because Lord knows I don’t get enough of it naturally. I’m learning to live with the cold and found out layering is key. I haven’t perfected layering to deal with the weather but I’m getting there.

NEVER blow your horn… never. For you will be wrong. Yes! YOU will be wrong if you toot your horn at someone who’s been sitting still at the green light. You will be wrong for doing it to someone who put on their signal while changing over to your lane. You just don’t blow your horn here. If you do, you’re a foreigner. I’ve somewhat adapted though, I count to 10 first then blow the horn if you haven’t move so, technically, I gave you a chance.

People here are very zen, there isn’t much of a rush (except during Christmas). This also relates to the driving it seems. People are very laid back and it’s not about “look at me!” – you have every right to express yourself as you see fit. If there is a lot of plastic surgery I don’t see it and feel free to carry any designer label while looking like you just got out of bed, don’t make any effort to say I showered. It’s hard to get dressed up around here. It would have to be for a occasion or Saturday night. Women here don’t do heavy make-up unless they work at a make-up counter or that’s how they express themselves, but the majority doesn’t.

One of the places I encounter this “I live in a bubble” attitude is at the gas station I go to, where people are intent on getting to a certain pump and have no regard for the fact that they are blocking the road. They’re basically saying “you need to find a way around me as I’m not moving because I’m next”. Now honestly, the gas station isn’t the only thing there, you have a supermarket and mini strip mall, we just want to pass and obviously that’s hard with traffic coming down and you sticking out in the road just because you have to be next in line! I encounter some of the most selfish drivers on this road daily and it’s scary more than anything. I truly believe that a lot of people live in bubbles and only see themselves on the road. For that reason, I try not be on the road close to lunch time as traffic increases and these hungry people need to dash out for lunch and get back to the office within an hour and here you see the extremes – the crazy drivers and the ones who aren’t in a rush and drive well below the speed limit. I play music… it’s the only thing that helps my road rage. I’ll end that there 😛

Now Washington is known as the “evergreen state”. I am truly thankful that it’s here my husband ended up working. Despite the gloominess 300 out of 365 days, the atmosphere is one that relaxes you. I have been able to think and write more on the days I just stare outside at the mist. However, I am NOT an outdoor person and this is one of the activities a lot of Washingtonians take part in. I have considered getting a bike, but it’s not sunny enough and I won’t be riding in the mist and cold. I also have a fear of grasses touching me because when I was younger we used to go hiking around Barbados and I broke out into a rash or just itch like crazy after going through some grass areas, so I prefer to just stay away from it. And I don’t like bugs or wildlife unless there is a cage or glass or wire separating us. So outdoors just isn’t for me but I adore the greenery around this place.

On a serious note, God knows what he’s doing when he puts us in certain places outside of what we’ve known to be our way of life for a while. Being so far away from family and friends has made me more thankful for them and also to know who my true friends are and strengthened a bond between my husband and myself. We only have each other up here and it’s been interesting growing in our marriage without the interference of family and others. If we had to pick up and go I’ll be happy wherever we go  knowing that this adventure of life can only get better with every challenge we face, and we can only grow wiser with time.